For its latest TGDI (Turbocharged Gasoline Direct Injection) petrol and EURO 6 diesel engines (> 2018), Renault has introduced a new motor oil specification: the Renault RN17 specification. MPM is therefore introducing its new MPM 05000RN Premium Synthetic Motor Oil 5W-30 RN. This motor oil has been specially developed for use in engines for which the Renault RN17 SAE 5W-30 specification is prescribed. 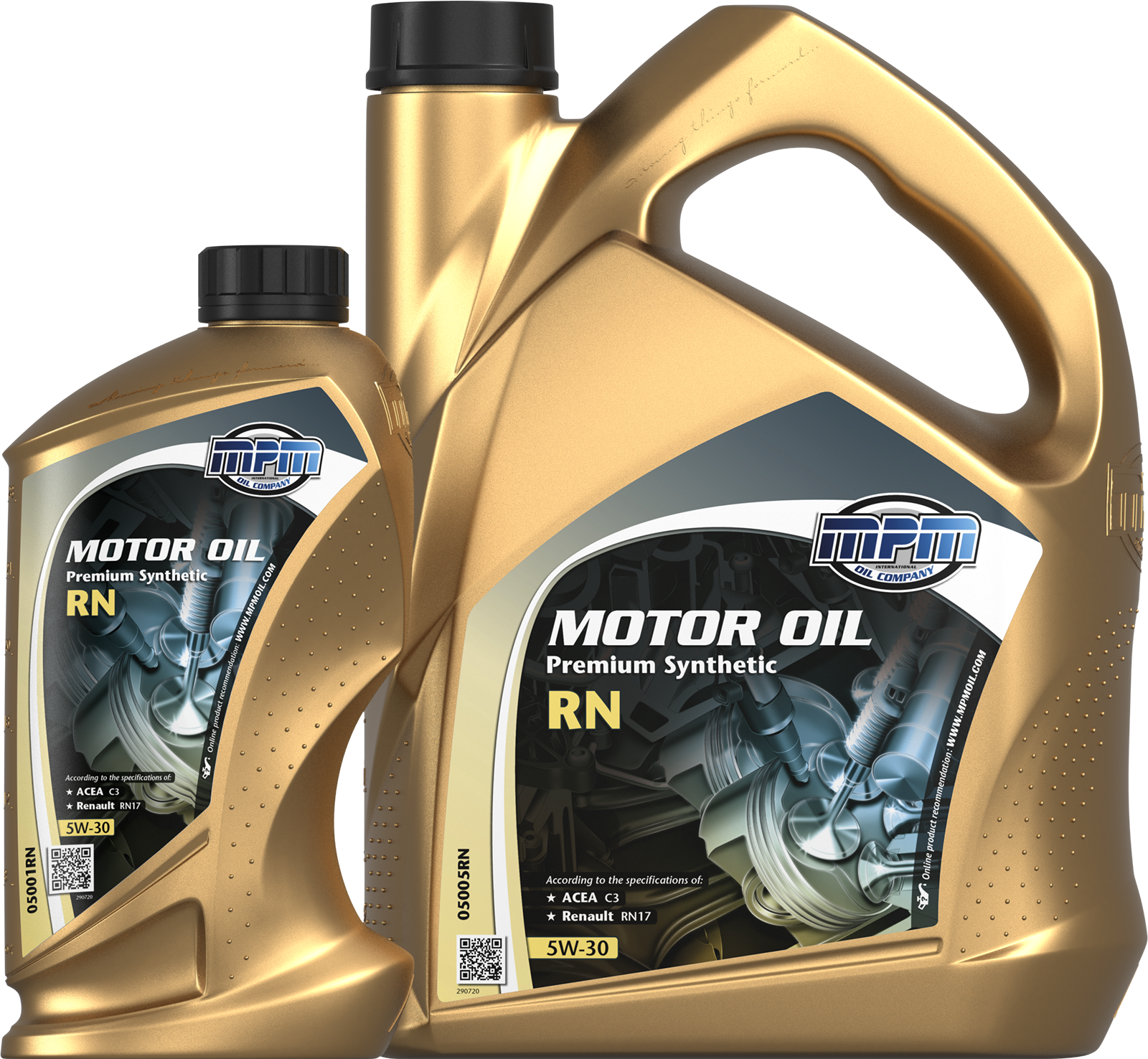 Why the RN17 specification?

In all TGDI engines, motor oil is put under a lot of strain as it faces a very high operating temperature. Motor oil with the Renault RN17 specification has been specially developed to prevent the harmful effects of high operating temperatures, such as contamination of pistons and aging (oxidation) of the engine oil, and to provide optimum protection. All this without the need to shorten the oil change interval. For this purpose, special requirements/tests are included in the RN17 specification. Renault's new engines are designed to be as environmentally friendly as possible. The TGDI petrol engines are therefore equipped with a GPF (Gasoline Particle Filter); a soot filter for petrol engines. The new MPM 05000RN fully protects the exhaust aftertreatment system.

The product is specifically prescribed for Renault petrol and EURO 6 diesel engines for which the Renault RN17 specification is required.

For those Renault engines for which SAE 5W-30 with the Renault RN0720 (!) specification is prescribed (which are also used by Dacia), MPM 05000C4 Premium Synthetic SAE 5W-30 is and remains the only suitable product.

Continue Select another region or language